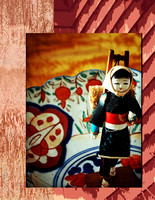 There are stories that you follow linearly like piece of music or a hiking trail. They keep you facing forward, though sometimes they look back, and may even end up where they started.

Then there are other stories that move differently. Not as a line but as a stack, Or a tilt-a-whirl. They emerge from the patterns made by Tarot cards, from a landscape altered by a snowfall, or from the tangled images of dreams. 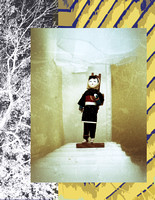 Wanderer is becoming that kind of story. The new adventures have no words, though since they have color and light they necessarily have seasons. If I could, I would invite viewers to move the images on screen into new arrangements and make new stories.

The original photographs of Wanderer were taken over a period of two months in the fall 0f 2012. The objects that appear with her coexisted at that time in one house. Some had been lurking there for more than a century; the house had been there for at least two. But as in every Tarot reading, every dream, things are both exactly what they are and also something else. 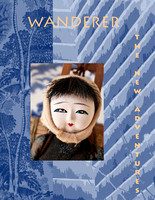