Thank you for your patience while we retrieve your images.

7 photos
In early March 2011, worrying about the effects of global warming on ocean levels, I began to make these pictures. On March 11th, when the tsunami struck Japan, I saw images of the actual effects of water drowning whole ports. I felt guilty for imagining the process as beautiful.

Shambala Buddhism has a practice called tonglen. You breathe in attempting to feel another’s pain, then breathe out while wishing them spaciousness and peace. It is a way of increasing awareness and compassion for onself as well as for others.

In the days that followed the Japanese quake, I began this series again, using views of my own city, San Pedro, and its coast, including the tiny remnant of the tsunami that arrived at Cabrillo Beach. Rhythmically placing one view on top of another was my form of tonglen, a kind of requiem for the earthquake victims. As the scale of the nuclear reactor damage became evident, the process also became an attempt to face my own worries about the future. More recently these include drought, desertification, and the loss of species.
© Ariel Swartley 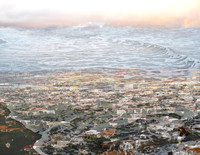 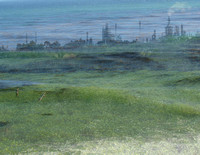 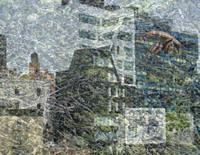 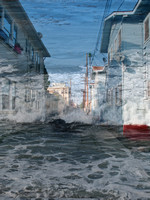 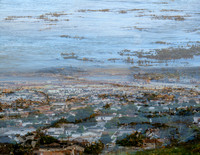 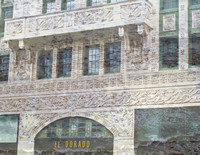 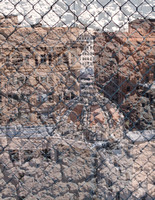